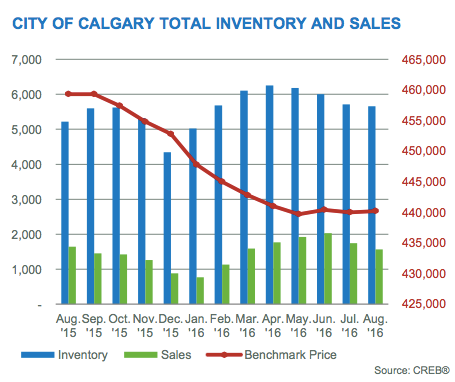 Overall, sales for detached homes fell during the month of August within the Calgary housing market. The number of new listings also declined, thereby stopping the inventory from reaching its previous highs. In turn, this has limited the downward pressure placed on housing pricing within the market. The picture wasn’t quite the same within the attached and apartment sectors, however, with both having recorded inventory levels...

The most recent CREB report has found that sales activity continues to decline in the City of Calgary. Just as the city has continued to struggle in all economic aspects, so has its housing market. This condition has only been further exacerbated by the declining net migration levels within the city.

According to the CREB report, housing sales activity in Calgary reached a total of 1,741 units during the month of July. This represents a 12.6 percent decrease when compared to the same time last year, making it the 20th consecutive month in which the city has experienced a drop in year-over-year sales. As the number of unemployed workers within the city continues to grow, the net migration continues to fall and job loss continues to be a problem, the overall state of the housing market has also continued to weaken.