Do it like the pro's do it - Building a home that is! 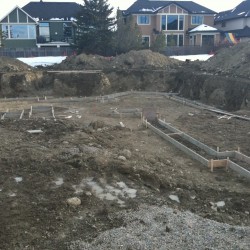 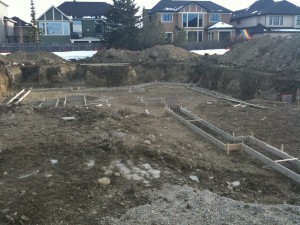 YES! We finally broke ground, the hole is dug and the foundation will soon be standing. It is great to see progress on our little piece of la

nd, a small sign that things are moving ahead and soon a house will be standing on the lot we chose.  Now as you move forward to this stage of building your dream home certain items need to be picked out and confirmed....

As a Calgary Realtor® I am often asked about the market and what we see as potential in the near and long term future. The Calgary real estate cycle is very hard to predict as with any real estate market. There are many factors that you cannot forecast accurately that can have a large impact on a market's ability to perform. As with any tangible assist price relies a great deal on supply and demand, this of course applies to any real estate market. What is unique in the Calgary real estate market is the local economy and its' tie to the oil and gas industry. With oil raising above $100 a barrel in the first time for years, we are seeing Alberta have faith in their economy again, this of course will impact...

Calgary, March 1, 2011 "According to figures released today by CREB® (Calgary Real Estate Board), for the second month in a row, single family home sales in the city of Calgary increased over previous month figures and levels recorded in February 2010.

The rise in sales continues to point to a gradual recovery in the Calgary real estate housing market.