Sales gain momentum in the first three quarters of 2011

Calgary, October 3, 2011 " According to figures released today by CREB (Calgary Real Estate Board), residential sales continued to gain momentum in Calgary this year, totaling 14,832 after the first three quarters, a seven per cent per cent rise over last year.

Despite recent turmoil in the global economy, Calgarians are showing confidence in the long term prospects for the city and are taking advantage of affordable and stable home prices, says Bob Jablonski, president-elect of CREB.

Undoubtedly, there are a lot of unknowns in the worlds current financial situation, but Calgary and Alberta may be relatively safe havens amidst this uncertainty. Granted, gains in the housing market have been very gradual but we are seeing signs of improvement. Our provinces growth is expected to outperform the national average, and this will help buoy...

15 years as a Calgary Real Estate Agent and Realtor®. 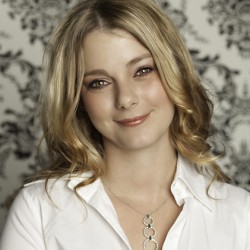 Wow today marks my 15 th anniversary as  a Calgary Real Estate Agent and Realtor. So I thought it would be fitting to share my story with you.

When I started in real estate back in 1997 the market was quite busy, actually it was a good time to jump in. The average price of a home was about $125,000 and I still had people complaining about how expensive prices were and how they were going to be smart and wait it out because the market would fall. Well they were right it would fall about 10 years later and only after we would see about a 400% price increase first. -lol- I hope those people bought and if not well not much more I can say.

I remember the day I was officially licensed and went to the office got my desk and phone then sat down and asked myself - "OK now what." I think...