In this article based upon Calgary homes for sale, I'll speak on the topic of Calgary's Luxury Home Communities. As an award winning Calgary REALTOR®, I can help you with all aspects of Calgary Real Estate. Enjoy the article, leave a comment and feel free to contact me.

If you are interested in purchasing a luxury house for sale in Calgary, you will find plenty of affluent communities to select from. With all of the options available in Calgary, there is... 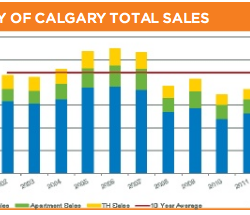 CREB is predicting that the resale housing market in Calgary and the surrounding area will experience moderate sales and house price growth this year. This is partially due to slower growth trends in employment, which will play a role in further lowering migration estimates. Still, the area is expected to continue to see good resale activity and to continue moving toward a market recovery. 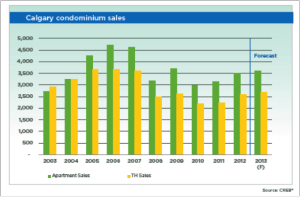 According to the latest CREB report, Calgary's sales growth will increase to 2.2 percent in 2013 while house prices...

For the month of December, the unadjusted single-family benchmark price was $434,800, representing an 8.7...

CREB is predicting a slightly slower, but strong market for 2013. Are you considering a move in 2013? Have a look at the stats below and follow the link at the bottom to read the full report.