For the month of December, the unadjusted single-family benchmark price was $434,800, representing an...

CREB is predicting a slightly slower, but strong market for 2013. Are you considering a move in 2013? Have a look at the stats below and follow the link at the bottom to read the full report. 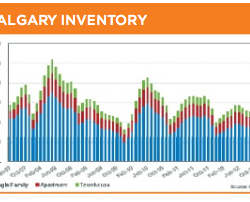 According to the most recent Housing Market Statistics report released by the Calgary Real Estate Board, the resale market remains in balance, regardless of the decline in inventories. Mean while sales growth subsides slightly stabilizing the overall market. With less inventory, consumers are more cautious today and take their time to review all their options, says CREB President, Bob Jablonski.

Below is the complete stats package for the month of November. Please don't hesitate to let me know if you have any questions or comments regarding anything in this report.

November is a month when we remember those in the armed forces who have died in the line of duty. During the week of November 5th to 11th the city, and across the country, numerous ceremonies and events are held to commemorate these men and women. Visit the Veterans Affair Canada site to find an event in your area.

This month is also a time to support the many men's health issues, including prostate cancer, for Movember. If you are unfamiliar with Movember, the official Movember and Sons website, describes Movember this way:

"During November each year, Movember is responsible for the sprouting of moustaches on thousands of...

The heat wave is going continue to for a bit longer so I thought I would share with you 3 tips for keeping your home cool and comfortable for the whole family, without air conditioning.

CREB reports that Calgary continued to go against national trends during the month of July. Although the country's two largest cities of Vancouver and Toronto experienced a decline in home sales activity, Calgary continued to experience record improvements in terms of sales and prices. In all, a total of 1,936 residential units were sold in Calgary in the month of July, representing a 21.3 percent increase when compared to the same time in 2011.

When examining year-to-date data, the City of Calgary has enjoyed a total of 13,684 sales. These figures represent a 16.5 percent increase when compared to 2011. Specific sectors within the city limits have also experienced a significant amount of growth. While the condominium apartment market enjoyed a 9.4 percent year-to-date increase, the single-family market experienced 18.9 percent in gains.

After falling short in terms of sales activity since the recession, the recent growth and upward trend puts the Calgary housing market in a good position... 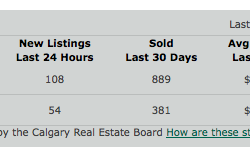