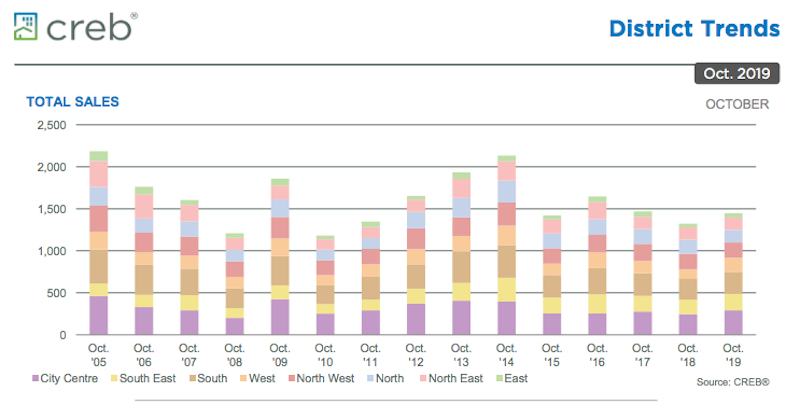 "Employment has shifted in the city, with job growth occurring in our non-traditional sectors and often at a different pay scale. This is consistent with the shift to more affordable housing product," said CREB® chief economist Ann-Marie Lurie.

"However, at the higher end of the market the amount of oversupply is rising, as supply cannot shift enough to compensate for the reductions in demand. This is likely causing divergent trends in pricing and preventing prices from stabilizing across the city." 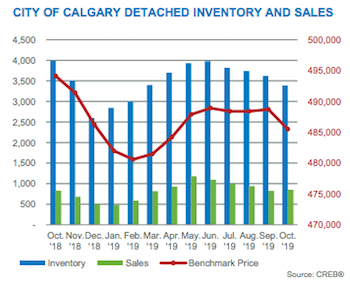 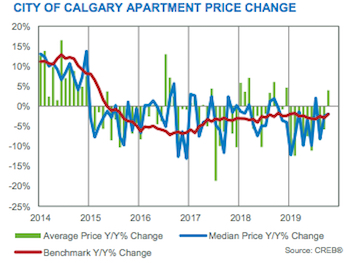 Prices continued to fall within the Calgary housing market in October as elevated inventory levels and a persistent ... 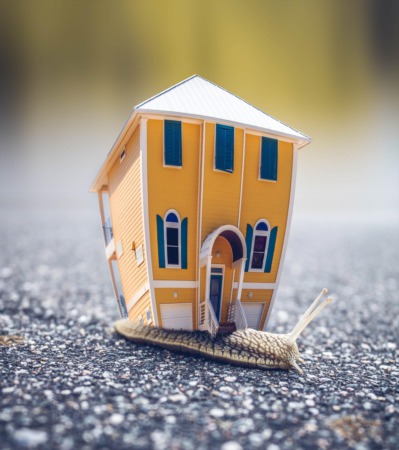 The Calgary Real Estate calls it a bumpy road to recovery, and that was certainly evident in looking at what happened last ...