Throughout the month of November, the citywide benchmark price was $422,600, hovering near one percent lower than last month, and at 3 percent lower than levels seen during 2017. Across every single price range, year-to-date sales have slowed, with the exception of product priced below $200,000. This pricing point currently represents nearly six percent of all sales, with the most significant decline taking place in the $600,000 - $999,999 category.

CREB president Tom Westcott lamented that “For buyers, it may mean being able to step into a home that was previously unattainable. It also means that sellers need to be keenly aware of what is successfully selling in their neighbourhood, and surrounding communities.” 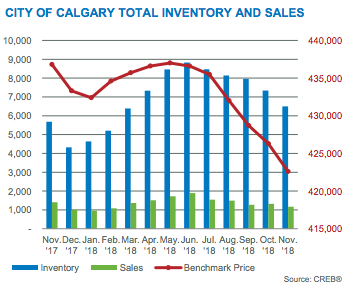 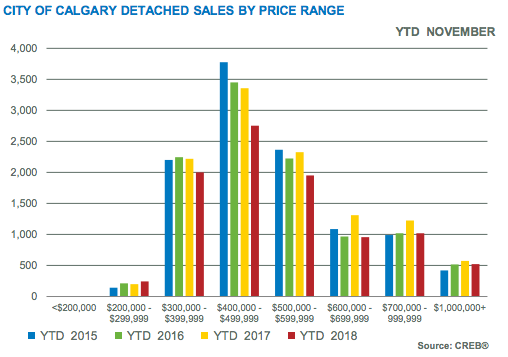 Calgary Real Estate Market Forecast for 2011 As a Calgary Realtor, I have been a faithful attendee of the annual forecast ...