Calgary real estate has continues shift toward a balanced market

The month of August has city-wide for Calgary reaching sales of 2,151 units, sitting at 37 percent higher than last year and at 25 percent higher than the long-term trends.  With the sales setting records earlier this year, sales have now slowed but on a year-to-date basis, the eight-month total of 19,516 being higher than the annual sales recorded over the past six years.

“Sales have far exceeded expectations throughout most of the pandemic, driven mostly by demand for detached homes.  At the same time, supply could not keep pace and conditions shifted to favor the seller, something that has not happened in over six years,”  said CREB Chief Economist Ann-Marie Lurie.

“With more buyers than sellers, prices rose to provide an opportunity for many of the move-up buyers in the market.  Over the past several months we have seen some adjustments in supply relative to sales, helping move us toward more balanced conditions.”

The month of August saw a nearly three-month supply. This has improved since earlier in the year, but conditions have remained far tighter than typical August levels.  We are seeing some improvement in the supply compared to sales which are slowing price growth.

The month of August shows the total residential benchmark price was $459,600, which is slightly lower than July but over nine percent higher than levels seen last year.  The price gains range by property type with the largest gains occurring in the Detached homes in the market.

With gains in every district of Calgary, sales for detached homes totaled 1,300 units for August, which is 31 percent higher than reported last year and well above the long-term averages. It is noted that inventory levels for new listing have improved over last year, but not enough to cause a substantial change in inventory levels which fell to 2,770 units this month. The monthly supply of inventory remained slightly above 2 months supply for August.  This level is well below what would be expected for this time of year, but not as tight as levels recorded earlier in the year.

August prices remained relatively stable following several months of strong price gains, compared to July figures but are more than 10 percent higher than levels recorded last year. Prices continue to vary significantly based on location.  Although prices have risen across all districts relative to last year, prices trended down in the City Centre, North West, West, and South districts compared to last month.

Year over year sales gains in August has contributed to record high year to date sales with a total of 1,797 unit which is more than 70 percent higher than last year.  Although sales have improved across all districts in the city, the largest gains occurred in the West, Northwest, and City Centre.

While the inventory for Detached homes is trending down over the past few months, so has the sales activity.  For the first time since October of last year, the month's supply has risen above three months in August.  A shift toward more balanced conditions would help some of the upward pressure on prices.

The benchmark price for the semi-detached was $430,000 as of August, which is nearly 10 percent higher than last year.  Despite the strong price gains we see throughout all districts, prices have not recovered from previous highs seen in the South, North East, and City Centre districts.

The pace of growth in the Rowhouse sector has slowed, although row sales maintained their momentum in August, it was enough to push year-to-date sales to a new record high.  The months of supply fell just below three months for August with new listings have risen, thus preventing a more significant drop in inventory levels.

These tighter conditions have supported the price gains throughout most of the year, but the momentum of growth is starting to slow.  The row house benchmark price grew 8 percent higher than last year with the price in August pushed above $300,000. Even though the prices have improved they remain lower than previous highs across the city.

August activity for Apartment’s sales was higher than anything recorded over the past six years.  Thanks to continues gains in new listings, the inventory levels have remained elevated compared to last year and the long-term trends.   August showed 332 sales and 1,786 units in inventory with the month's supply remaining above five months.

While activity is far better than last year, the apartment condominium sector has not seen the same seller’s market conditions as we have seen in other property types, thus limiting price growth.   As of August, the benchmark price was just over 2 percent higher than last year but still remains nearly 16 percent lower than previous highs. 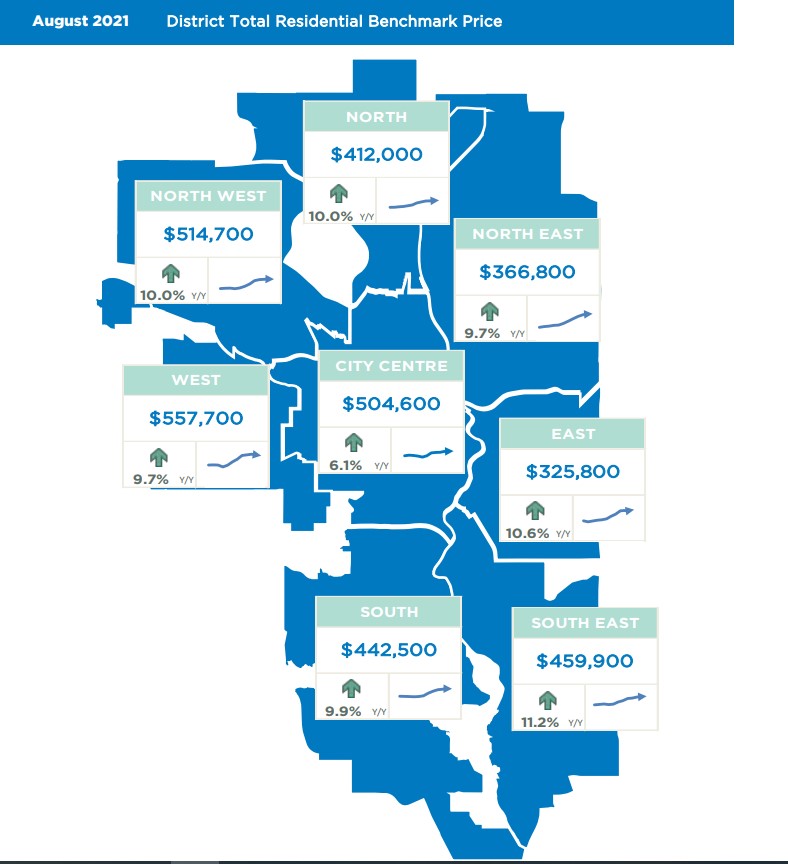 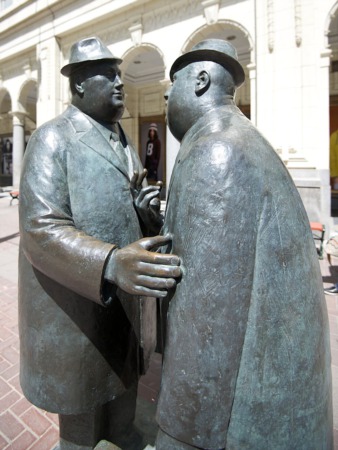